NBC5 News Chief Meteorologist Jack Church has forecast the weather from coast to coast for over 35 years. Jack has been a Certified Broadcast Meteorologist by the National Weather Association since 1984. In fact, he was one of the first 15 weathercasters to receive the prestigious NWA certification. His long career has taken him to New York, Florida, California, Texas, Missouri and most recently, Bend, OR. He was honored twice for Best Television Weather Broadcast by the California Radio Television News Directors Association. He is also a four-time winner of the Best Weather Broadcast Award from the Associated Press. He completed his Meteorology studies at Mississippi State University and the US Department of Agriculture. Jack also worked outside of television for a few years with AccuWeather and Baron Services, one of the largest Doppler radar providers in the nation. Jack is a native of Tennessee and a huge college football fan. He and his wife Pam have been married for 37 years. They love hiking, boating, golf and traveling across the Pacific Northwest. They have two children, a daughter, Hannah who recently graduated college and works in Asheville, NC and a son, Eric who is married, living and working in Nashville, TN. 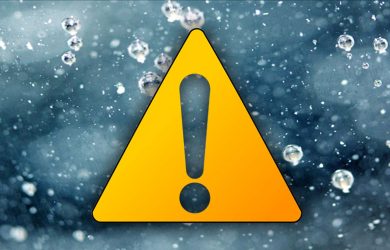 Medford, Ore. – Medford’s National Weather Service office is advising southern Oregonians and northern Californians to be ready for another round of snow and rain. The NWS said starting Monday night, areas west of the Cascades with an elevation above 2,000 feet …
Continue reading...