Washington, D.C. – Florence Schilling was the youngest army nurse in the European theatre. Sadly, she never made it on an Honor Flight, but the non-profit held a special ceremony at the World War II memorial in Washington, DC to honor her service.

Schilling went ashore on Normandy Beach right after D-day, and served with the 138th hospital all the way to the end of the war.

“She’s a remarkable woman, and a hero in my mind,” Honor Flight of Oregon Vice President, Terry Haines says, “and it’s a fitting recognition for her service. Women don’t get recognized enough for their service.” 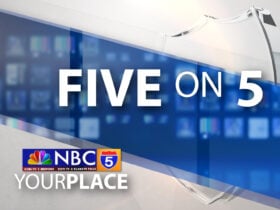