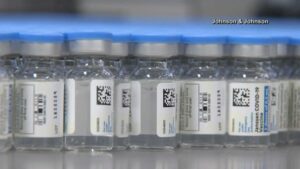 (NBC) – Pharmaceutical giant Johnson and Johnson says it threw away some 15 million doses of its COVID vaccine after an ingredient mix-up.

According to the company, the dosage mistake was made at a Baltimore production facility operated by Emergent BioSolutions.

The company says quality control identified one batch of drug substance that did not meet quality standards.

According to Johnson and Johnson, the defective batch never advanced to the filling and finishing stages of its manufacturing process.

US officials said the vaccine spoilage will not impact plans to provide enough vaccine to immunize every adult by May.

Despite the mix-up, Johnson and Johnson says it expects to deliver its vaccine at a rate of more than one billion doses by the end of 2021.