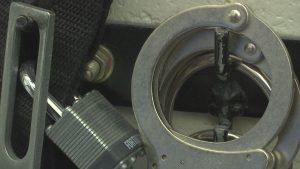 GRANTS PASS, Ore.– Police in Grants Pass arrested a student yesterday after other students came forward claiming they overhead him on the bus considering shooting other students.

According to the Grants Pass Department of Public Safety, police followed up with students and school officials to verify the reports, leading to the arrest of the student.

The 15-year-old has been charged with disorderly conduct and is lodged at the Josephine County Juvenile Justice Center.

This is still an ongoing investigation but police want the public to know they take these threats seriously and will investigate them as such.

“If you hear things, you gotta call it out,” said Deputy Chief Jim Hamilton. “We will do an investigation to determine if a threat is real or not and if it is we will take action. If not then at least we know we’ve done the investigation and checked in to it. “