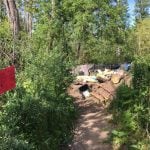 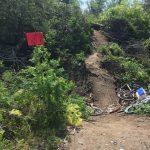 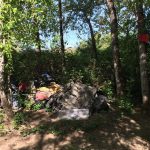 CENTRAL POINT, Ore. – Police are releasing the results of their latest sweep of the Bear Creek Greenway.

Deputies said several arrests were made. 27 people were cited for prohibited camping and one person was found with methamphetamine. A number of other citations related to the sweep were issued.

Criminal Justice work crews are working to clean up trash left behind at the illegal camp sites.