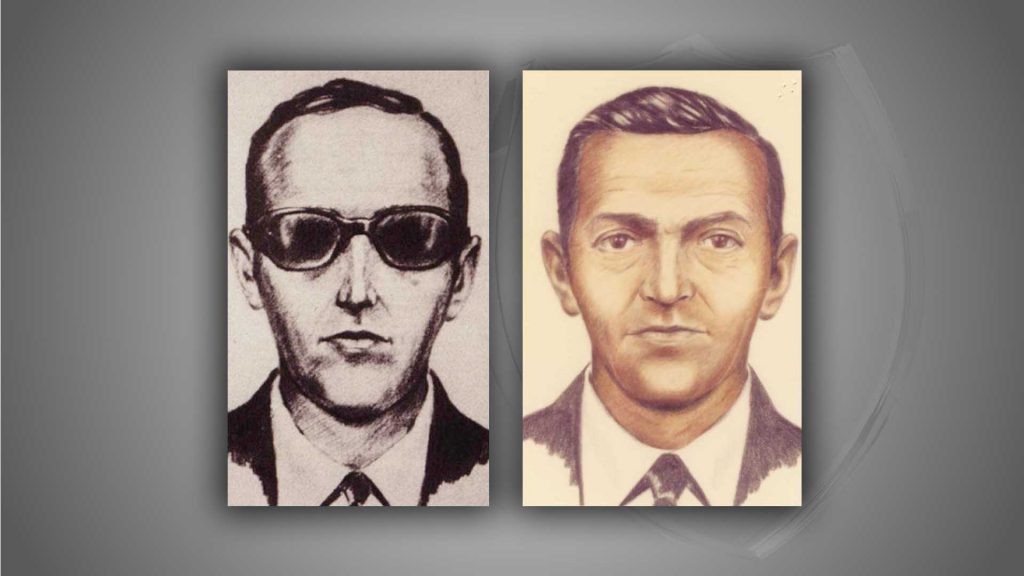 The FBI has looked at multiple suspects, but to this day the real D.B. Cooper has never been found.

In November of 1971, a man named Dan Cooper purchased a ticket for the short flight from Portland to Seattle. On board, he handed a crew member a note that said he had a bomb in his briefcase and demanded four parachutes and $200,000.

The pilot landed the plane in Seattle and the plane’s 36 passengers were let off in exchange for the money and parachutes. After the plane took off from Seattle D.B. Cooper jumped out with the money and has never been seen or found since.

50 years later, Eric Ulis, a self-described expert on the D.B. Cooper case, is hoping to uncover evidence from the infamous hijacking. Last August, KGW spoke to Ulis as he searched for evidence on the banks of the Columbia River.

“This is a real mystery. There was a real D.B. Cooper. This isn’t a figment of someone’s imagination,” said Eric Ulis, a self-described expert on the D.B. Cooper case. “The stuff that he left the plane with, the money, the attaché case that ostensibly carried the bombs and parachutes that he jumped with, they’ve never been found.”

Ulis has been following the case since the 1980s. According to his website, he’s been featured on the History Channel and Discovery Channel.

In 1980, a young boy found a stash of Cooper’s cash: $5,800 — all in $20 bills, which the FBI said matched the serial numbers from the ransom money. The money was discovered along the river on Tena Bar just outside Vancouver, Wash.

“I noticed for some reason the FBI searched the area where the money was found and then down towards the river itself,” Ulis said. “I think initially they thought it must’ve come up from the river somehow. It didn’t occur to anybody to search the money find spot back up to this gravel road.”

Ulis and a friend started clearing a spot of land near where the money was found hoping to find the missing parachute and briefcase. He says his research points to this spot because other areas of the beach have been washed away in the decades since.

“He probably landed very near here, probably within a mile or so, came to the beach buried the stuff temporarily. During the flooding of June 1972, I believe he came back and retrieved the money, the question is did he bother retrieving the other items. The briefcase and the parachutes. If he didn’t, I think that they would’ve been buried right here.”

Ulis says whatever he finds, he’ll turn over to the FBI. He says if it’s not here, he doesn’t know where it could be.