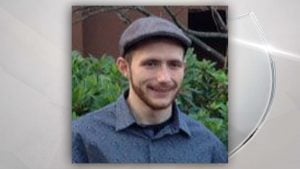 CENTRAL POINT, Ore. – This past summer, a man was run over and killed by a Greyhound bus in Central Point. Now, the parents of the man are suing over the death of their son.

In the early morning hours of June 29, 25-year-old Hunter Brown was traveling between San Francisco and Seattle aboard a Greyhound bus. Shortly before 1:30 a.m. the bus made a pit stop at the Central Point Pilot Travel Center.

Brown got off the bus along with other passengers. However, he didn’t make it on before the bus driver closed the doors. It appears Brown ran alongside the bus as it started to take off when he fell under it. He was run over and killed.

“Our son had a future ahead of him,” said Paula Becker and Barry Brown, the parents of Hunter Brown. “That future was taken away from him and from us because of the careless actions of the driver and Greyhound.”

According to the lawsuit, the driver of the bus exhibited “erratic and unsafe” behavior throughout the trip, including saying he was so exhausted he might fall asleep, parking the bus in a roadway so he could use the bathroom, and leaving three teens at a scheduled stop without their belongings.

Attorneys said when the driver stopped at the Pilot Travel Center in Central Point, he began pulling away from the station before the announced departure time, ignoring passengers who tried to tell him there were others left behind.

The suit alleges the Brown ran alongside the bus, pleading with the driver to let him on. That’s when the driver allegedly turned the bus toward Brown and ran him over, killing him.

“This death was 100 percent preventable,” said Charla Aldous, who represents Hunter Brown’s parents. “Hunter trusted Greyhound and its bus driver to safely transport him from Seattle to San Francisco. That didn’t happen.”

The lawsuit seeks damages and accountability from Greyhound to change its business practices.

When NBC5 reached out to Greyhound Lines Inc. for comment, they declined, citing pending litigation.

The Jackson County District Attorney’s Office said an official announcement is expected in about a week, but they’re unlikely to file criminal charges.