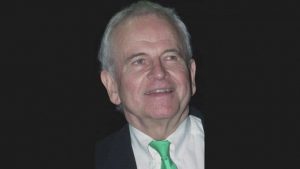 (NBC) – British actor Ian Holm, best known for his roles in “Alien” and “The Lord of the Rings” trilogy has died.

Holm was nominated for an Oscar for his performance in “Chariots of Fire” in 1981.

He was an actor with the Royal Shakespeare Company for years, but made his international breakthrough in the role of the android in the first “Alien” movie in 1979.

He played Bilbo Baggins in two of the Lord of the Rings films.

He died from a Parkinson’s related illness.