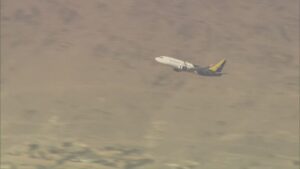 KABUL, Afghanistan (NBC) – The Pentagon has announced that a total of 19,000 people were airlifted out of Afghanistan Tuesday from Kabul’s international airport.

Commercial and military aircraft continued to take off from the airport Wednesday as urgency builds to evacuate thousands more people ahead of the next Tuesday’s deadline.

Several other countries are taking part in the airlift of Afghans as well as citizens of the U.S. and its allies.

The Taliban, who control the Afghan capital outside of the airport, are insisting the airlift must conclude by the end of the month.

It’s not clear that everyone who wants to leave will be able to before the deadline.

The total number of people airlifted out of Afghanistan in recent weeks, according to the Pentagon, is now up to 88,000.

Two U.S. officials said there was growing concern about the risk of suicide bombings by ISIS at the airport.