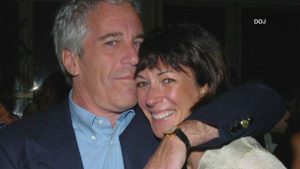 She’s expected to appear before a judge Friday for a bail hearing.

Prosecutors say Maxwell helped Epstein recruit, groom, and abuse young women, some who were 14 at the time.

He died in his New York City jail cell last august before his trial. The death was officially ruled a suicide.