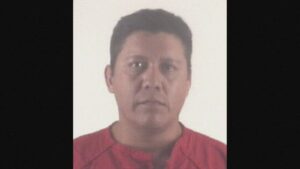 FORT WORTH, Texas (KXAS/NBC) – A man arrested in connection with the deaths of three people whose dismembered bodies were found in a burning dumpster in north Texas last week has also been tied to two other slayings, confessing that biblical sacrifice led him to commit all five murders.

41-year-old Jason Thornburg was booked into the Tarrant County Jail Monday night on a charge of capital murder of multiple persons.

Last Wednesday, Fort Worth firefighters were called to a dumpster fire on the city’s west side. After putting out the fire, firefighters made a horrible discovery when they spotted the burned, dismembered remains of three people, one adult male and two adult females, inside the trash bin.

Surveillance video at that scene captured a Jeep Grand Cherokee with distinct rims and accents that led them to believe it belonged to Thornburg.

Thornburg, already a person of interest in the suspicious death of his roommate back in May, was then tracked down at a motel in Euless, Texas.

Sergeant Joe Loughman with the Fort Worth Police Department said, “Detectives went to that location and were able to obtain video surveillance evidence that.. on the night of the fire and dumping of the bodies.. depicted a resident of the motel exiting a room carrying plastic bins with what we believe to be body parts of our victims.”

In a confession Tuesday, police said Thornburg shared grisly details of the crimes while also admitting to the death of his roommate back in May.

According to his arrest warrant affidavit, in his confession, Thornburg said he had an in-depth knowledge of the Bible and believed he was being called to commit sacrifices.

In the arrest document, he also reportedly admitted to killing a girlfriend in Arizona.

He is currently being held in jail on a $1 million bond. 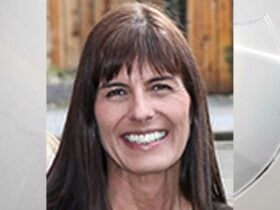