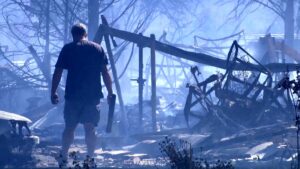 JACKSON COUNTY, Ore. – The initial damage assessment of the devastating Almeda Fire is being called into question.

In the days after the fire swept through north Ashland, Talent, Phoenix, and south Medford, the Oregon State Fire Marshal’s office estimated 600 structures were damaged or destroyed. That number remained static until the fire marshal’s office handed the Almeda Fire response back to local agencies.

However, the morning after that post went up on Facebook, the sheriff’s office said the new numbers were released “outside of normal processes” and the results were preliminary at this point.

On Wednesday, the Urban Search and Rescue Team will continue to search inside the fire line as fire and utility crews work to mitigate hazards in the area.

People are still urged to stay away from evacuations zones.