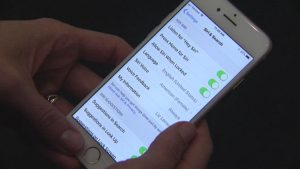 CUPERTINO, Calif. (NBC) – Nearly a week after news broke that Apple had access to intimate and personal Siri recordings, a practice of quality control known as “grading,” the company says that it will halt the practice.

The tech giant made the announcement late Thursday.

Apple has maintained that only a tiny fraction, less than 1 percent, of Siri voice recordings are actually heard by human workers, and each recording is usually only a few seconds long.

The company says it will issue a software update in the future that will let Siri users choose whether they participate in the grading process or not.

The process of taking a snippet of audio a few seconds long and sending it to either internal personnel or contractors to evaluate is, essentially, industry standard.

Audio recordings of requests made to Amazon and Google assistants are also reviewed by humans.