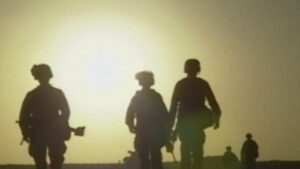 WASHINGTON, D.C. (NBC) – Thousands of service members with post-traumatic stress disorder will have their less-than-honorable discharges reconsidered. That’s thanks to a settlement the US Army made in a federal lawsuit filed by two army veterans.

The lawsuit covers veterans nationwide who did not receive fully honorable discharges because of minor misconduct they blamed on undiagnosed PTSD and other health conditions.

The veterans say their discharge status prevented them from receiving military-funded health care and other benefits.

The Army will use new criteria to reconsider thousands of discharge upgrade applications it denied from 2011 to 2020.