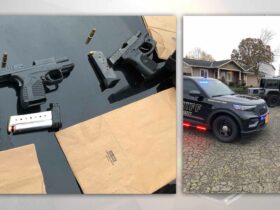 At Medford’s Asante Rogue Regional Medical Center, we’re told there are 12 negative pressure rooms to minimize exposure of the disease.

But if the hospital were to run out of those rooms, other plans are in place.

“The next best thing is to isolate in a private room with a door that closes,” said Julie Zetterquist, Infectious Prevention Manager for Asante. “We would close down hallways and make sure there was a limited possible spreading of the contagion.”

Asante says it did a thorough check of its supplies recently and says it’s in good shape for a possible influx of patients if the virus were to spread locally.