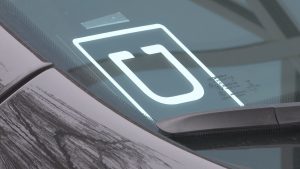 ASHLAND, ore. — It’s been a few months that Ashland’s city council has talked about allowing companies like Uber and Lyft to work in their city limits.

At tonight’s meeting, councilors discussed a few changes to the ordinance including changes to inspection requirements as well as background check requirements.

The changes would allow vehicles that are less than two years old or have less that 20,000 miles to be exempt from inspection.

They also voted to change how many years a background check needs to go, changing it from ten years to seven years.

The city council unanimously voted yes on these changes, as well as others, which means the proposal will go to a second reading.

One of the main concerns for councilors is that these companies will put local taxi companies out of business.

The councilors also voted on giving the ordinance a one year trial run.

If the ordinance gets approved at the second reading in September, companies like Uber and lyft would be allowed to pick up people in Ashland.