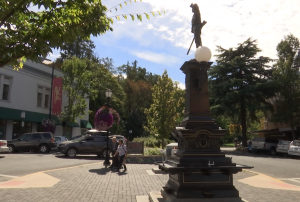 The group met Tuesday night to discuss how to make up for the city losing $6.3 million dollars in revenue after tourism plummeted during the pandemic.

To ease the financial burden, Ashland Police will not fill two vacant positions at its department.

Three other departments: fire, parks and community development, will all have to make cuts.

Ashland City Councilor Julie Akins says it’s unclear what those cuts will be at this time, but a number of ideas were discussed at Tuesday night’s city council meeting.

“Certainly we’re looking at overtime, cost of living increases are not happening for a lot of city employees, there have been layoffs in the parks department… so we’re tightening our belt pretty much all the way around the horn,” she said.

Councilor Akins says the city just authorized a renewal of the ambulance service with Jackson County, however,  during the three year contract, it will evaluate if it’s cost effective to keep going.