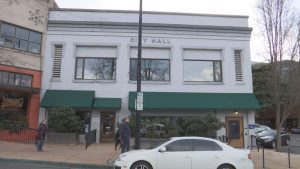 ASHLAND, Ore.– Ashland City Council is facing an enormous decision on Tuesday on whether to appoint the current interim city administrator to become the city manager.

Mayor John Stromberg is looking to appoint Adam Hanks for a three-year contract with a starting salary of more than $150,000 dollars. Along with a list of other benefits, the appointment would give Hanks a two-year severance package equalling over $300,000.

Hanks has worked at the city for 28 years and took the interim city administrator position after Kelly Madding left the position in April.

The appointment has not come without controversy though with the city receiving numerous emails in opposition of the appointment. Some councilors are concerned as well that this move is side-stepping the democratic process.

“I’ve never heard of hiring somebody without even a review process, without even a search process,” said Councilor Julie Akins. “My goal is to push for tabling and then on January 1 when the new folks are sworn in they can begin a legitimate process to find the very best person.”

Ashland residents voted in the May special election to let the city council select the city manager but that process begins next year. Akins says she’s concerned that this appointment, headed by the Mayor, will spell trouble for the city’s finances in the near future.

She says Hanks could fit the bill for the city manager position but she would rather see a formal search conducted next year with the newly elected councilors and mayor chosen by the city’s residents.

“This move thwarts that in my opinion,” said Akins. “I believe it is cynically, frankly, in the way of what voters requested which was a more democratized system.”

NBC5 News reached out to the mayor for comment. He sent a statement below:

I see this situation as the start of a conversation.

Adam has served twice as Interim City Administrator, plus being the Assistant City Administrator under John Karns and Kelly Madding.  In all these positions he has performed in exemplary fashion.  Also as Director of the EOC during the State and City declarations of emergencies, he has effectively been Ashland’s City Manager because he has held the power to make all operational decisions without needing Council approval – and he’s done an excellent job of it.

Based on his performance he deserves recognition and promotion to the position of City Administrator (which turns into City Manager automatically on Jan. 1, 2021).

Here’s the problem:  City Administrator/Manager is an ‘at will’ appointment, which means the Council can remove him at any time without cause.

Given that we have three Council positions plus Mayor open in the Nov. 4 election a new majority could take office on Jan. 1, 2021 and there’s nothing stopping them from firing the City Administrator/Manager.

Who would accept a job, knowing they could be fired in four months for no reason, without some form of protection, compensation or assurance?

Now a group of citizens have said they don’t want the Council to confirm my appointment – so we look for a next step in the conversation.  Is there an alternative way to secure Adam’s services at the level that reflects the value he brings to the City and the community?  Maybe we look at starting a recruitment process for City Manager this year.

The council will decide on Tuesday evening whether to approve the mayor’s appointment or table it for another time.