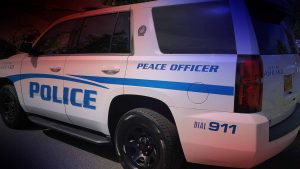 ASHLAND, Ore. — The Ashland Police Department is not filling two positions in an effort to resolve the city’s $6.3 million revenue shortfall.

As a result, Ashland Police Chief Tighe O’Meara says two positions at the department will be left vacant.

He says APD is fortunate they were able to make cuts without laying anyone off.

“We have two anticipated vacancies coming up. One due to retirement, one due to an officer going to another agency. So for the time being, we will not be filling those two positions,” said Chief O’Meara.

Chief O’Meara says they also did not hire seasonal cadets and seasonal park patrol staff and will delay purchasing new police vehicles for the time being.

Right now, the department will be at 28 officers but Chief O’Meara hopes to eventually have 32 officers, which was previously authorized by the council.

Cuts for the other 3 departments will be made clear at Ashland’s council meeting on Tuesday night.