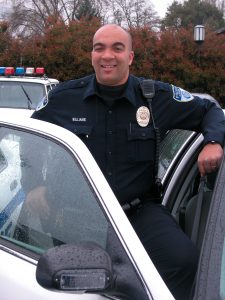 Ashland, Ore.- The Ashland Police Department is hoping the city will help support a nonprofit that has recently stepped in to help the family of one of its own.

Officer Malcus Williams died Friday after experiencing a medical emergency while on a call.

The Oregon Fallen Badge Foundation is footing the bill for Williams’ memorial service, which will be held March 17 at the Ashland High School gymnasium.

Tuesday night, Ashland police Chief Tighe O’Meara appeared before the city council, in hopes he could soon get approval to make a donation to that nonprofit via the department’s city budget.