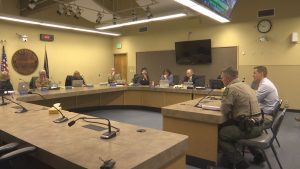 ASHLAND, Ore.– Ashland residents have approved changing management of the city from a city administrator to a city manager position.

The change won’t go into effect until next year. Currently, Ashland has an interim city administrator.

According to Ashland’s city attorney, the differences between the two styles will be subtle. One of the main differences will be the city manager now has the power to hire department heads without council needing to vote approval.

“The new city manager will probably be consulting with the mayor and the city council members but he’s not legally required to,” said David Lohman, city attorney.

The city manager, who is a paid employee, would take on the day-to-day operations and answer to the city council. The council will be looking to decide who to appoint as the city manager before next year.