WILSONVILLE, Ore. (KGW) — A shooting at a truck stop near the town of Aurora left a wanted suspect dead and a law enforcement officer injured on Monday morning, according to the Marion County Sheriff’s Office.

Around 6:15 a.m., deputies were called out to the Flying J Truck Stop on Ehlen Road Northeast just off I-5 after a wanted person was spotted outside in the parking lot, the sheriff’s office said.

The suspect, later identified as 27-year-old Micaiah Clinton, got into a van and refused to come out, prompting the sheriff’s office to call in the Marion County Interagency SWAT team to assist.

The sheriff’s office said around 10:50 a.m., the suspect got out of the vehicle and “multiple shots were fired.”

Woodburn Police Officer Jesse Ponce, 31, was injured and taken to the hospital for a serious gunshot wound, but it did not appear life-threatening.

The suspect was also injured in the shooting. Law enforcement and medical teams provided medical aid at the scene, but Clinton was ultimately pronounced dead.

Officials said he had been wanted on warrants for felon in possession of a firearm and attempting to elude police. 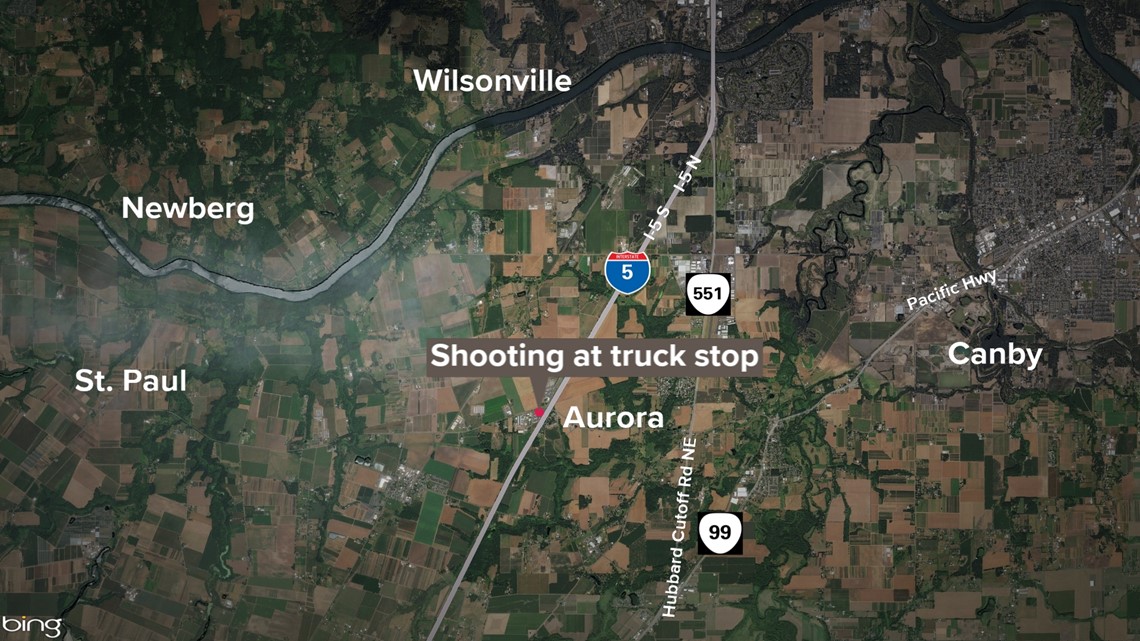 Ehlen Road was closed between Bents Court Northeast and Butteville Road during the standoff and subsequent shooting investigation.

KGW spoke to Chelsea St. Clair, who hails from the Aurora area, near the scene of the shooting.

“It’s starting to get closer and … it’s not normal,” said St. Clair. “I live out in the Salem area now and I hear about this stuff all the time out there, but to hear that it’s this close to where I grew up — it’s scary.”

An investigation into the case will be led by the Marion County District Attorney’s Office and Oregon State Police.

The sheriff’s office said that there is no remaining danger to the community.

Aurora is a city in Marion County about 30 minutes south of Portland that has a population of just over a 1,000 people, according to numbers from 2019.