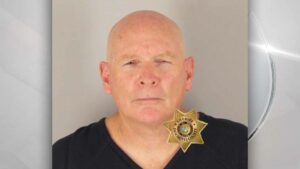 BEND, Ore. – A man from Bend who allegedly tried to lure a minor in Jackson County was arrested this week.

The Jackson County Sheriff’s Office said over the course of several months, a Bend man was contacting a Jackson County child online. He allegedly asked for sexual photographs from the child, engaged in “lewd behavior” online with the child, and arranged to meet for sexual contact, detectives said.

On the morning of November 10, a search warrant was served at the man’s residence in the 60000 block of Tumalo Circle in Bend. He was identified as 69-year-old Steven Lee Genereux.

Genereux was lodged in the Deschutes County Jail on three charges of online sexual corruption of a child in the second degree and seven counts of luring a minor.