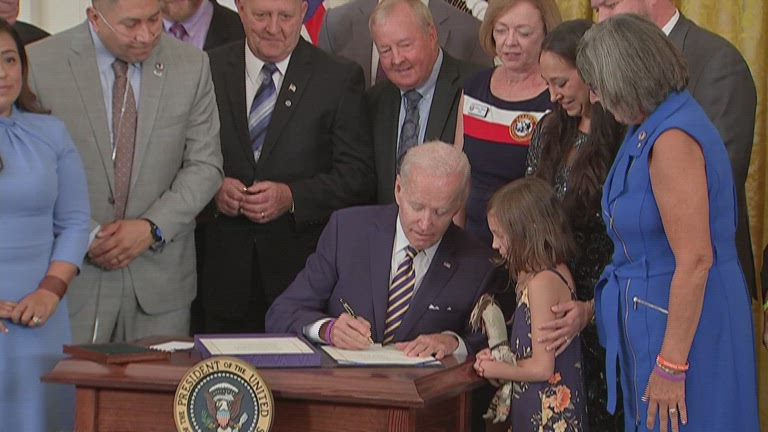 The bipartisan bill is the most significant expansion of veterans’ health care and benefits in more than 30 years.

It increases veterans’ access to medical care and disability payments for exposure to burn pits.

A signing ceremony held at the White House was attended by veterans exposed to burn pits along with their families, members of Congress and veterans advocates, including comedian Jon Stewart.

During his remarks, President Biden said the law was “long overdue.”

The pact act passed in the Senate in an 86-11 vote last week after Republicans had blocked its passage the week before.