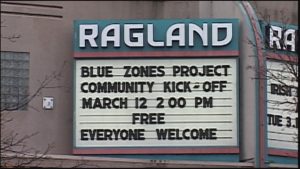 In 2015, Klamath Falls was selected to be the first Blue Zones Project demonstration site in the Pacific Northwest. Since then, local leaders, volunteers, and organizations throughout the community have worked to achieve certification status.

To celebrate Blue Zones Day, local leaders say they have a full day of COVID-appropriate events planned. They say the day will not only celebrate the community certification achievement, but also the 2018 Robert Wood Johnson Foundation Culture of Health prize, which honors U.S. communities working at the forefront of advancing health, opportunity, and equity for all.

Residents of Klamath Falls are asked to wear their Blue Zones Project t-shirts on March 12, 2021 and share in the well-being journey, by participating virtually, from a distance, or in-person by registering at www.healthyklamath.org/bluezonesday.

A ribbon cutting ceremony planned for 9 am at Sugarman’s Corner in downtown Klamath Falls will be live streamed on Facebook at www.facebook.com/bluezonesprojectklamathfalls. For more information about the certified Blue Zones Community achievement, please visit www.healthyklamath.org/bluezonescertified.