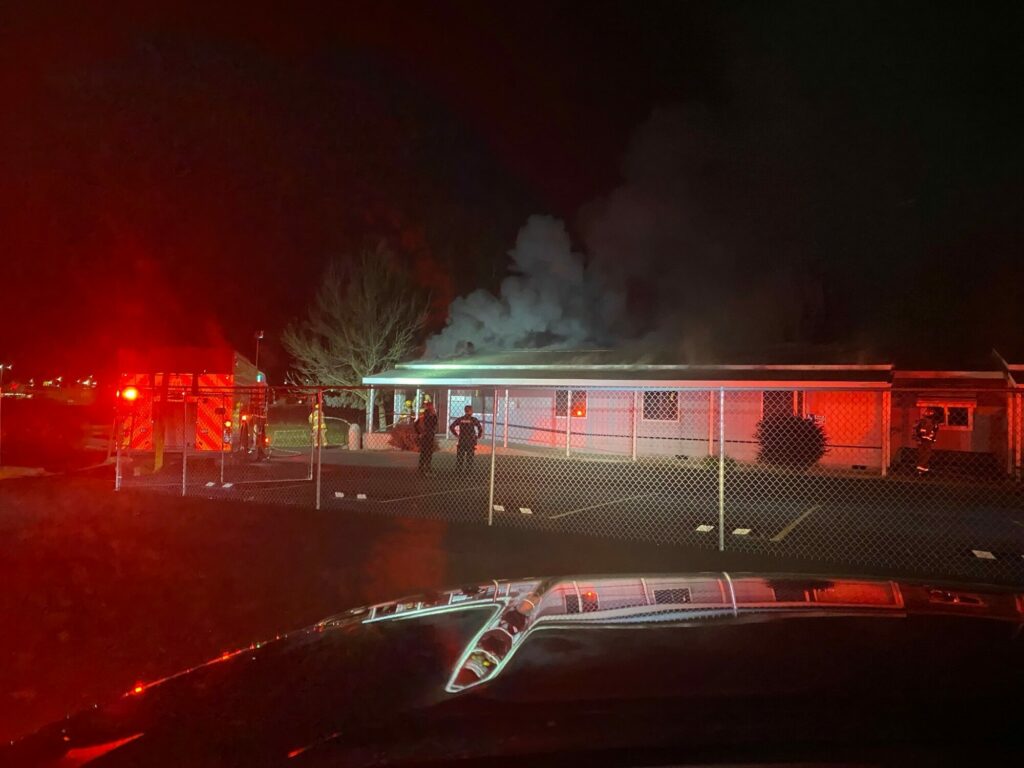 At about 1:00 a.m. on May 16, Klamath County Fire District 1 crews responded to a structure fire at the Klamath Falls City Schools Adult Learning Center.

When firefighters arrived, they saw smoke coming from a modular building housing classrooms and offices.

KCFD1 said before the fire was put out, there were “significant damages” to the structure, but the fire was contained and didn’t damage any other buildings on the campus.

There were no injuries reported.