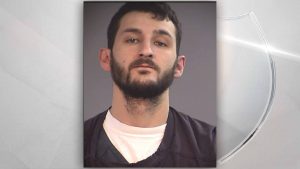 ROGUE RIVER, Ore. – Investigators are trying to track down a pair of burglary suspects in Jackson County.

The Jackson County Sheriff’s Office said on the night of June 16, employees at a hemp storage facility on East Evans Creek Road near Rogue River found two white men dressed in camouflage trying to steal totes full of processed hemp. After their theft attempt was interrupted, the two men ran into a nearby wooded area.

According to the sheriff’s office, one of the suspects was identified as 30-year-old Padyn Daniel Dineen. The other suspect has not been identified.