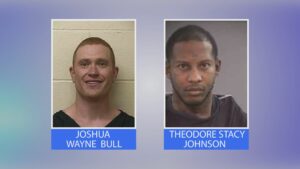 His body was found early January on Cobleigh Road off of Butte Falls, according to the Jackson County Sheriff’s Office.

Both Bull and Johnson were already in jail on unrelated charges.