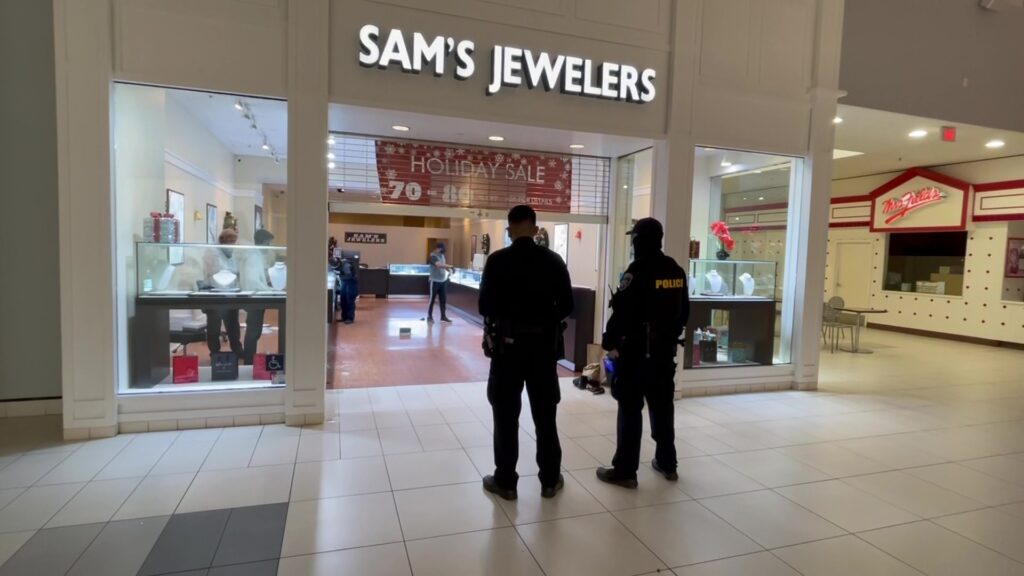 HAYWARD, Calif. (CNN) – A jewelry store is among the latest victims in a string of mob robberies in California’s Bay Area.

Witnesses say a large group of people caused a disturbance in Southland Mall Sunday about 30 minutes before it was set to close at 6:00 p.m.

Then, up to 50 people armed with hammers and other tools entered a jewelry store where they smashed glass cases and stole merchandise.

They also hit a Macy’s store in the mall.

About an hour later, a group entered a Lululemon store in nearby San Jose and stole merchandise.

It’s not known if it was the same group.

Earlier in the weekend, robberies occurred at a Louis Vuitton store, a Nordstrom, and several marijuana dispensaries.

So far, no arrests have been made.