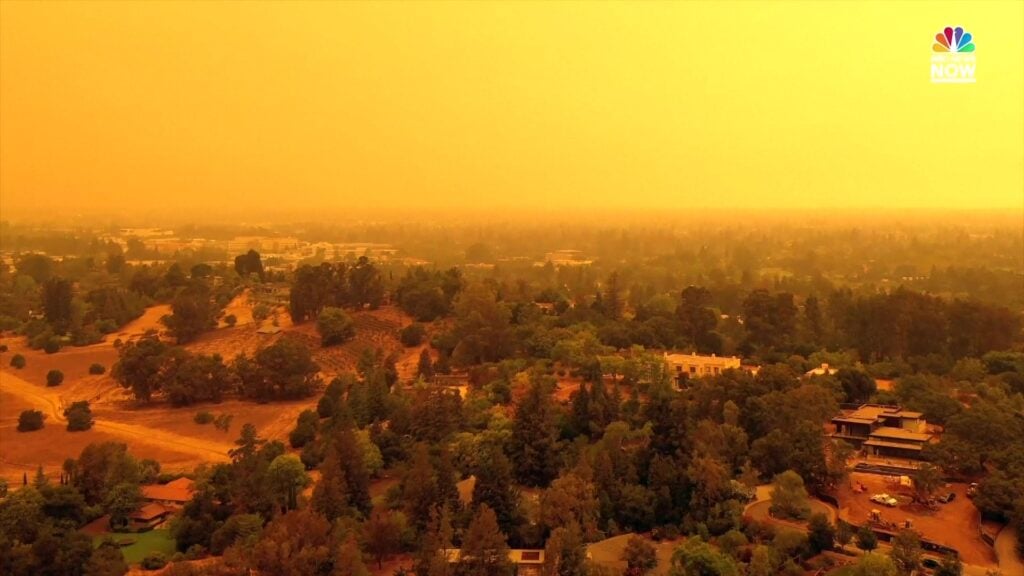 SACRAMENTO, Calif. – California is a sprawling state filled with natural beauty. People from across the world flock to the Golden State every year to escape. But it’s a landscape in trouble.

With rising temperatures from Palm Desert, where the number of 85°-plus days from November to April is projected to increase by up to 150% by the end of the century, to the Sierra Mountains where they’ll see about a quarter of the days below freezing they do now by 2100.

Marshall Burke studies environmental science at Stanford. He said, “I think the tourism industry in California and really throughout the U.S. West should be worried. They need to take this seriously.

Extreme heat caused by climate change in California could cost anywhere from $50 billion to $80 billion per century.

Verde Mexican Restaurant owner Domicine Chavarria said, “Devastating. I mean, I threw out, alone, $12,000-$13,000 worth of food. That was just what I threw out. You know, the sales that were lost.”

Chavarria said sales still haven’t recovered. “It looks like fires are part of our future. And just their unpredictability and all that. I think that’s probably the most frightening bit.”

Meanwhile, on the lake, it’s adapt or die.

Kelsey Weist owns and operates “Clearly Tahoe,” a clear-bottom kayak-tour company offering stunning views. But the fire, along with shifting temperatures and the lake’s erratic water level from years of mega-drought, is making it more difficult to attract customers.

“The low water levels and climate change is certainly not a good thing, It’s terrifying.” Weist said. “We’ve adapted. But it’s a challenge. It’s a challenge every year to await the conditions and be ready to adapt to those.”

Scientists say there is no doubt that climate change is raising temperatures in a region like Lake Tahoe where the weather is so diverse, you could be kayaking on pristine blue waters on the very same day that your hitting the slopes at a mountainside resort. And up there, there’s not enough snow.

Resorts now dedicate thousands into making manmade powder to open the ski-season before the holiday. But this year, with temperatures still in the mid-50s, it’s been too warm even for that.

Spokesperson for Palisades Tahoe Alex Spychalsky was asked how much snow they’ve been able to make so far. She replied, “I think we’ve only maybe had three or four days of production, which is not enough to open the ski resort on. You know, we normally would’ve probably had about three weeks of snow-making production at this time.”

At Boreal Woodward, adapting has become part of what they call an “elastic business model.” The resort uses a supercooling pond to fuel snowmaking and this sprawling year-round 33,000 square-foot facility offers indoor fun when it gets a little too warm.

Matt Johnson works at Boreal Mountain Resort. He said “Working with the weather is at the core of what we do. And we need to plan ahead for weather that’s gonna be more unpredictable.”

Even in a new reality of creeping heat and choking smoke, the worsening climate can’t dampen the Golden State’s appeal. But the science is clear.

“Unless we get our act together on climate change, all the science suggests we’re just gonna see more and more of those years in the future,” Burke said. “So… so that, to me, is quite worrying.”