Redding, Calif.  (KHSL) — With this latest arrest of repeat offender Christina Burke, people in the community of Redding, California are asking the questions, “Is our justice system working?” and “Are criminals learning their lesson?”

41 arrests and 9 of them just this year and chances are she will keep committing crimes. People everywhere are asking, why is this allowed to keep happening?

Redding Police Department Corporal Brian Cole said, “We have a problem with overcrowding at the Shasta County Jail. I think everybody’s aware of that. The jail just does not have the capacity to keep low level offenders for long periods of time. And, unfortunately, people like Christina Burke who are committing a lot of property crimes, breaking into vehicles, stealing vehicles, stealing credit cards, unfortunately those individuals sometimes get released much quicker due to the fact that other serious violent offenders are being held in custody.”

Legislation such as Prop 47 which reduced many drug crime penalties and AB 109 aimed at keeping prison populations low have had negative consequences, according to law enforcement.

Anderson Police Chief Michael Johnson said that because of  AB 109, many drug addicts and parolees are released back into society, with the hope that they will receive treatment, “The focus is has shifted to rehabilitation and intervention for people and the problem with that is not everybody wants to be rehabilitated and so they’re turning out all these people who have no desire to change and no care to rehabilitate or anything and they put the burden on the local communities and we all suffer.” 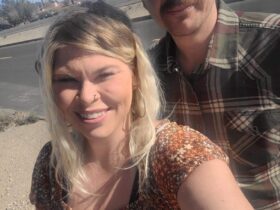