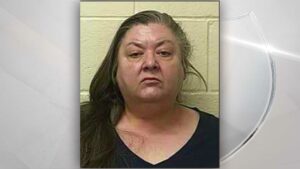 GRANTS PASS, Ore. – A woman was arrested for murder after the person she was supposed to be caring for died.

Vencill was under full-time care from Page E. Backus due to her development disability, police said.

According to investigators, Backus wasn’t able to help Vencill back into her bed and left her on the floor for nine days until January 18.

On January 23, Vencill was finally taken to Three Rivers Medical Center in Grants Pass. One day later, police were called due to the suspicious nature of Vencill’s condition.

Police said they arrested Backus on January 26 for failing to seek medical help for Vencil. Later that same day, Vencil died from her injuries.

On February 9, Backus was formally charged with murder in the second degree. She remains behind bars in the Josephine County Jail.