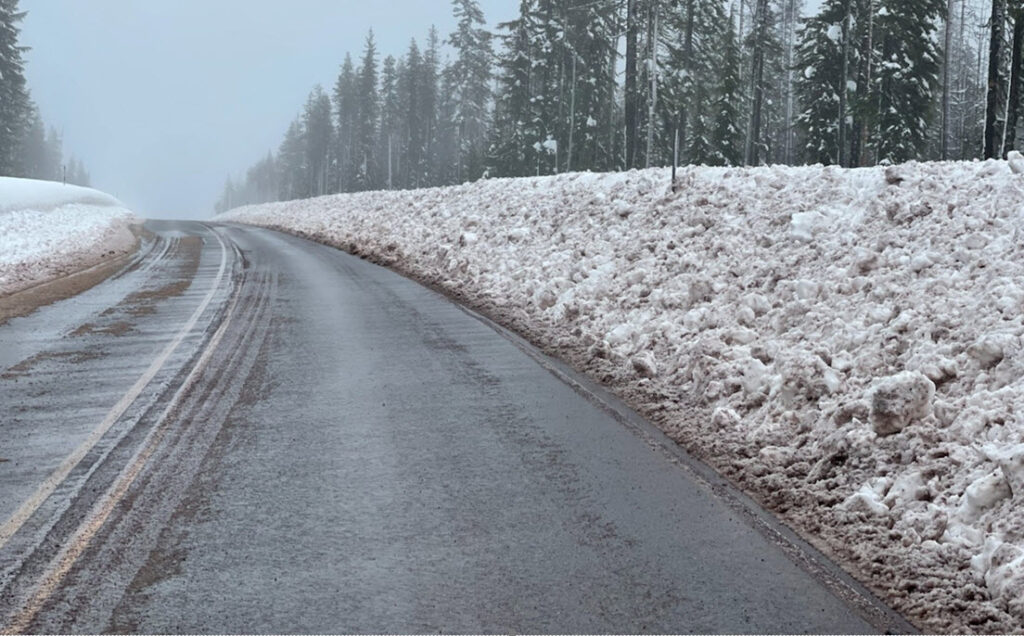 MEDFORD, Ore. – Three Cascade highways that were closed due to winter weather have been reopened.

ODOT said parts of Oregon Highways 138E, 230, and 62 were closed Monday night due to severe weather. Some areas received up to four feet of snow.

Snowblowers and plows worked hard to clear the roadways as other crews worked to remove downed trees and branches.

Even though the roads are open, travelers are advised to watch out for crews and equipment as they continue to widen the narrow roadways. Drivers are also being told to budget extra time and be prepared with extra food and water.