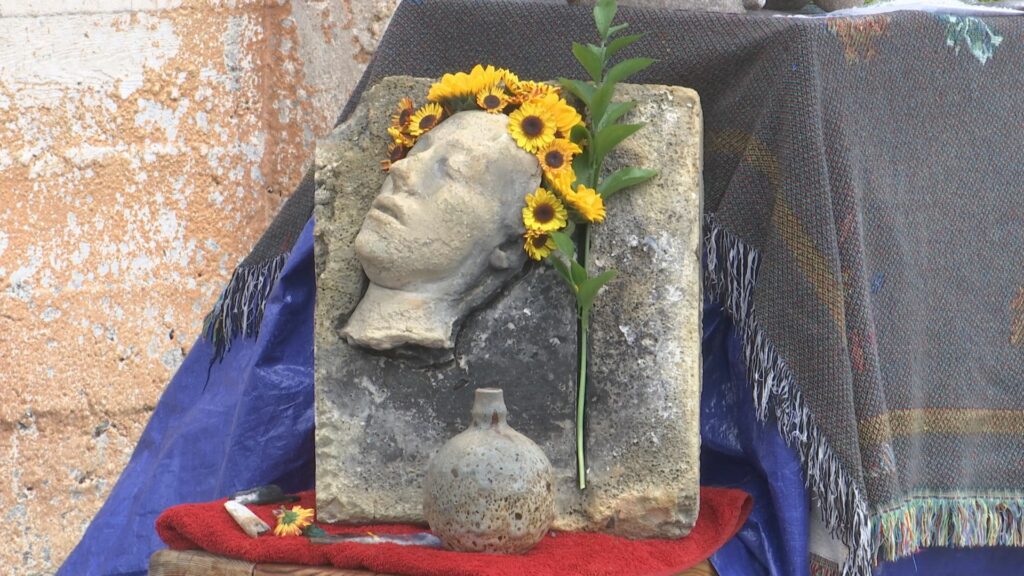 TALENT, Ore. – The Talent community is celebrating the future of a historic building that burned down in the Almeda fire with an art show Sunday, May 7th. The Art of The Fire art show showcased art from around 50-artists inspired by the Almeda fire. Money from the sales went directly to the 50 artists in attendance, while the donated art went to help fund the Rebuild The Garage Project, which is aimed at restoring the building the event was held in.

“I’m just so impressed that people came out in the rain this morning, and they really wanted to see art and I feel so supported in the Talent community from this project,” said Bonnie Morgan, Organizer of Art of The Fire.

Morgan says she chose an art show to fund the rebuilding of the grange because the building had inspired so many art pieces in the past. The fire it turns out had also inspired many pieces of art from the people who experienced it firsthand.

“Throughout the day it never headed to us even though we were under evacuation orders, and by eight o’clock at night it had turned and headed in our direction, and when the barn across the street from my house burned down that’s when I left,” said Doug Nydegger, an artist at the show.

He says he commissioned the piece about six months after the fire, at the time he climbed a hill to see if the fire was heading in his property’s direction when he saw the scene. He says being at the art show helped to bring closure after the fire.