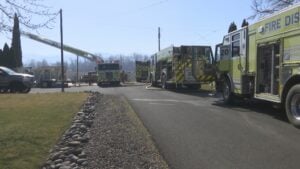 CENTRAL POINT, Ore. — If you saw billowing black smoke out of Central Point this morning, you were not alone.

Jackson County Fire District 3 along with the Medford Fire Department were out battling a 2-alarm fire.

He says the original home was manufactured with a second structure built over it – creating a rare double attic. The Battalion Chief says for firefighter safety an outside defensive attack was used due to the unknown stability of the structure’s walls.

He says the home is a complete loss, but there were no injuries.

“Our firefighters started a real aggressive attack to confine the fire and do searches of the interior portions of the home, the 4 occupants of the home had been evacuated by a neighbor who had spotted the fire before we arrived. We were able to confirm with our search that they were all out of the structure,” said Battalion Chief Clelland.

He says firefighters were able to save 2 outbuildings near the home. 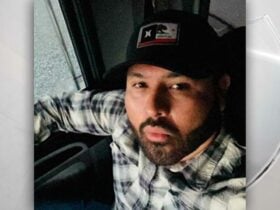