Donations can be made online at United Way of Jackson County or by texting FIREFUND to 26989.
Home
Local
News
Top Stories
Central Point skydiver killed 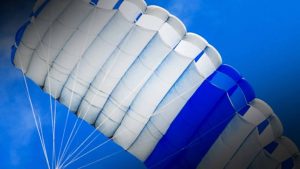 The Jackson County Sheriff’s Office said at about 12:17 p.m. Sunday a skydiver “crash landed” at a residential property in the 16800 block of Antioch Road.

The skydiver was later identified at 74-year-old Central Point resident Jackson Jerome Kern. Police said he was unresponsive with extensive injuries when they arrived. He was later pronounced dead by medical personnel.

According to JCSO, Kern was part of a group of skydivers in a plane that took off from Beagle Sky Ranch Airport, a small private air strip on Jones Road not far from the crash site.

Police said after Kern jumped from an altitude of 12,000 feet he was able to deploy his chute, but a malfunction with the chute’s toggle prevented him from slowing his descent. Deputies did not say if Kern had a reserve chute or if it was deployed.

Kern was reportedly an experienced jumper.

The Federal Aviation Administration was notified and will continue the investigation.