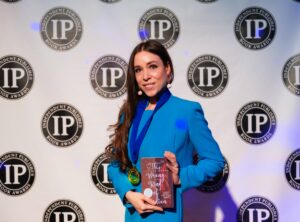 CENTRAL POINT, Ore. — A woman raised in Central Point is making international waves, as she accepts the Fulbright U.S. Scholar Program Award. Jessica Tynar Mehta’s poetry has been heard and inspired across the nation.

She’s now planning a nine month trip to India, after winning the Fulbright Award.  “I think it was just timely and just kind of aligned with a lot of other projects and passions I‘ve been working on the past few years,” said Mehta.  She will join roughly 300 other Fulbright-ers traveling to that portion of the world. “I think it was just knowing the process and having a strong sense of what I want to do– which is to curate an anthology of English language poetry written by folks in India,” said Mehta.

She will work with students, faculty and staff at a university in Bangalore. But this is more than a trip to her. She will be taking a trip back in history, looking at works written since the Independence of India. As she curates the anthology, she will also prepare a forward to be placed before the works.

“At a lot of universities in India, the primary language is English, which is a colonizers English which is not our own.” Mehta is a member of the Cherokee nation and feels similarly to writing in English. She says she finds a common thread of people operating in a language that was not their ancestors.

“The goal of this anthology is to highlight the work of temporary Indian poets, who are writing in that language,” said Mehta.