KLAMATH COUNTY, Ore.– Some Oregon Conservation Groups are planning to sue the Bureau of Land Management over plans to log old-growth forests.

The groups said removing the forests would be a death sentence for already endangered species.

According to the groups, the B.L.M. plans to log 17,000 acres, including mature and old growth forests.

The groups said there are other ways for the B.L.M. to do commercial logging like thinning timber plantations.

K.S. Wild’s Conservation Director George Sexton said, “it’s kind of a two-for. They’re sucking up carbon, they don’t burn very well because they’re such large-diameter and then, they also provide great wildlife habitat for species that we’re trying to recover.”

He said the public can get involved by contacting Oregon senators Ron Wyden and Jeff Merkley.

The conservation groups hope that by taking legal action they will encourage the B.L.M. to work with the public. 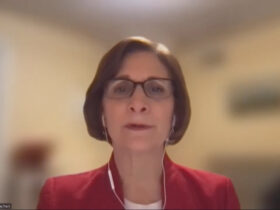