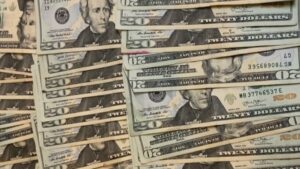 In an interview with CBS Evening News, President Biden said stimulus payments will be included, but will be based on income.

The bill won’t include a previously discussed increase to the minimum wage.

Republicans argue the plan costs too much.

“Sometimes a cure is worse than a disease,” Louisiana Senator Bill Cassidy told “Meet The Press.”