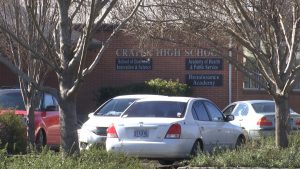 CENTRAL POINT, Ore.– The Central Point School District is releasing its plans on how it will go about reopening schools this fall.

Superintendent Samantha Steele says the district will be offering parents several options. They include remote learning, in-school learning, or a combination of the two.

The Oregon Department of Education plans on releasing updated guidance for schools on August 11 meaning plans are subject to change.

“We really need to be able to move nimbly between remote learning and in-class learning so that we can truly support our students and families,” said Steele.

Central point says it will submit another blueprint of its plans for Jackson County Public Health to approve on August 15.

The plan is to have schools ready to open and operate by September 8. Central Point District 6 says it will release an outline of its plan on its website and Facebook Friday night.