MEDFORD, Ore. — A woman was sent to the hospital with non-life threatening injuries after another car smashes into hers, sandwiching her up against an RCC building. It happened late Tuesday night around 11 pm, on the corner of 8th street and Central. 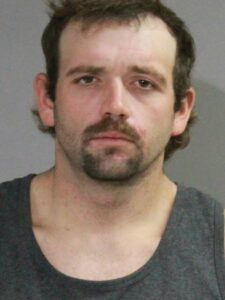 26-year-old Dustin Bohannan is being charged with DUI, assault in the third degree and reckless driving. Medford Police say he drove through a red light and hit a 59-year-old woman on the driver’s side. The impact pushed them both into the RCC building.

Well, we know there was alcohol involved. He blew over the legal limit and he also admitted to using marijuana. So there are a couple things going on with him.

Lt. Mike Budreau with Medford PD says the woman was stuck in her car for a period of time before the fire department was able to get her out. She suffered some rib injuries and was sent to Providence for treatment.