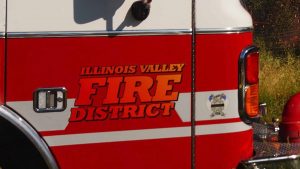 Both fires sparked at around 7 pm.

Aircraft resources were initially called out, but cancelled.

The Oregon Department of Forestry and Illinois Valley Fire District responded putting the fires out within 30 minutes.

IVFD says the cause of both fires is under investigation.