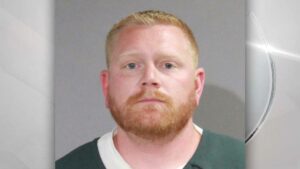 The Jackson County Sheriff’s Office said at the end of September last year, the National Center for Missing and Exploited Children became aware of images of child sex abuse that were uploaded from an IP address located in the 100 block of Castlewood Court in Central Point.

Further investigation reportedly identified David Durham-Gendreau as the suspect. He was formally indicted on June 10 and lodged in the Jackson County Jail for five charges of encouraging child sex abuse in the first degree.