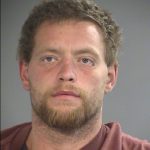 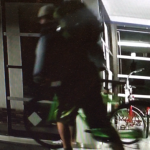 Surveillance image of suspect and bicycle. 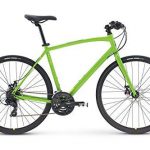 A Raleigh Cadent 2 similar to the one stolen from Al’s Cycle & Hobby.

MEDFORD, Ore. – Police arrested one of two men who allegedly broke into a local bicycle shop.

Medford police said at about 4:20 a.m. Thursday, two suspects broke a window at Al’s Cycle & Hobby on North Central Avenue. They then stole two bikes valued at about $500 each.

MPD said they were able to catch one of the suspects riding one of the stolen bikes about 45 minutes after the crime was committed. He was identified as Michael Caleb Baker, 33.

Police haven’t found the other suspect or bicycle. The suspect is described as a white man who was wearing green camouflage-style shorts, dark clothing, and a backpack. The bike is a bright green Raleigh Cadent 2.

Anyone with more information about this case is asked to call MPD.

Police are using this latest incident as an opportunity to remind bike owners to document serial numbers and consider getting the number registered for free at the Medford Police Department.