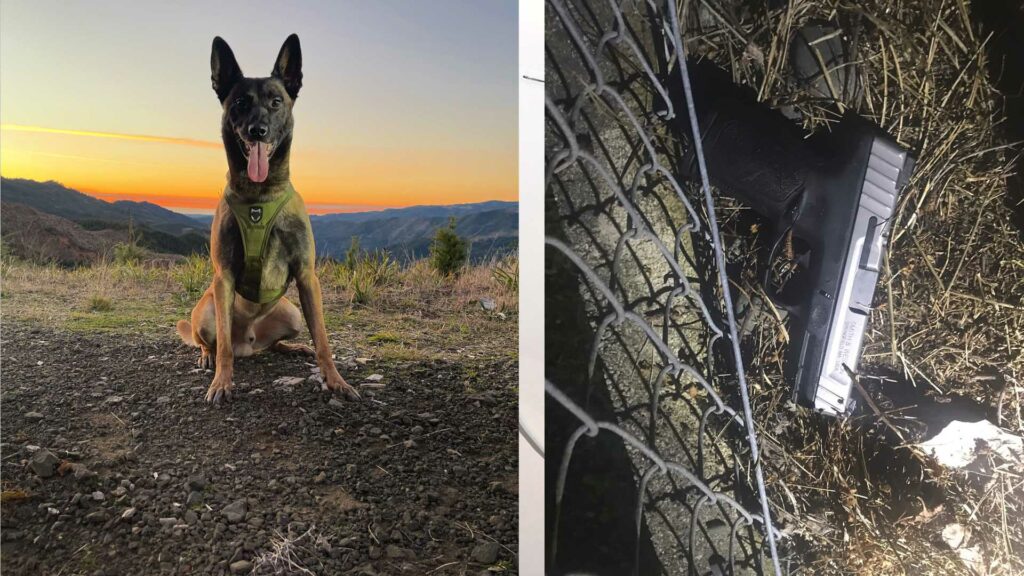 Police said the suspect ran away after resisting arrest.

According to officers, at some point during the chase, the suspect dropped a loaded firearm.

K9 Axel was called out and successfully found it.

The suspect was arrested and is in Curry County jail on several charges.