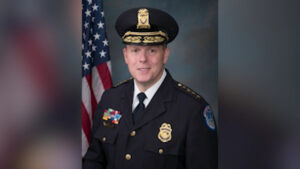 According to a Capitol Police official, his last day will be January 16th.

Several lawmakers called for him to step down as well as other Capitol security officials.

Over in the Senate, Democratic leader Chuck Schumer said he’ll fire Sergeant at Arms Michael Stenger if he doesn’t resign.

Schumer is poised to become majority leader, a role that will give him the power to make that decision.

The calls for resignations come amid criticism that law enforcement leaders weren’t prepared for Wednesday’s mob.

Capitol police shot and killed a woman during the altercation. More than 50 officers are injured and one died.