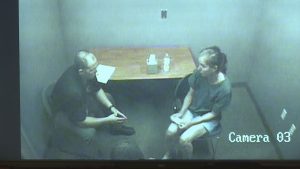 55-year-old Susan King is accused of murdering her husband, Duane. According to Jackson County Sheriff’s deputies, it happened last June, on the 2800-block of Oakridge Avenue. Wednesday, King’s several hours long interrogation video was played for the jury. She told police she couldn’t recall parts of that night.

“I don’t remember and I’m afraid to at this point. And I understand that you need me to,” King said, in the video.

Several detectives testified Wednesday, as well as a forensics specialist to explain what may have happened the night of the shooting.