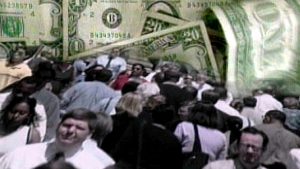 WASHINGTON, D.C. (NBC) – Senate Democrats introduced a plan to extend enhanced unemployment benefits which were passed this spring in reaction to mass unemployment caused by the pandemic. Those benefits, which include an extra weekly federal payment of $600 dollars, are scheduled to expire at the end of July.

Democratic senators argued the alternative would mean destitution for tens of millions without work.

Expanded unemployment benefits will be tied to the economy

Senator Ron Wyden (D-OR) said, “It would be an act of sabotage and I think unthinkable cruelty to slash these benefits and send all these jobless families into destitution.”

Some Republican senators say the expanded weekly payment gives many people an incentive not to work. Majority Leader Mitch Mcconnell on Tuesday called it “a mistake.”