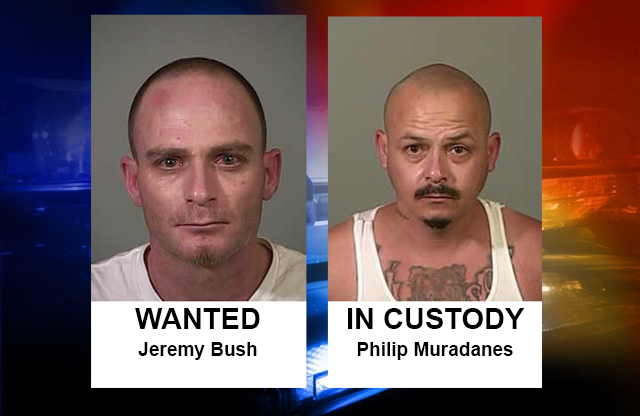 Police searching for suspect involved in a burglary that turned violent

ASHLAND, Ore.– The day has finally arrived. On Sunday, 450 Oregon Army National Guard soldiers said their final farewells to their loved ones at a mobilization ceremony at Southern Oregon University.

For about the next 10 months, the troops will be on a mission called ‘Operation Enduring Freedom’ in the countries of Somalia and Djibouti in the Horn of Africa. With only a few hours remaining, until they left, the ceremony was a final glimpse at these families’ last moments together before their mission begins.

Beneath the formalities that come with the military, there are emotions that run deep for many of these families. Members of the 1-186th Infantry Battalion were honored before embarking on their mission but for loved ones, it was a moment of both pride and heartache.

“I respect my son and I think he and everyone else is full of courage,” said Paula Adams from Central Point. This will be her son’s second deployment.

“Proud, really proud,” said Ronnie Towers from Grants Pass. This will be his son’s first deployment. “He has done a lot.”

The soldiers will be deploying to Somali and Djibouti in Africa to support operations in the area.

“For them having to take their lives on hold and go and serve and protect our country,” said Darlene Taylor who was there to support a friend’s son that’s deploying. “I think this is a small thing that we can do to come out and support them here.”

It’s a sacrifice for families that will go for about 10 months. But as soldiers have described, this isn’t about one person – it’s about something bigger than themselves.

With a final blessing and tune of ‘God Bless America,’ the official ceremony ended allowing soldiers and families to have their last moments together.

“I’m very proud of him. I’m proud he’s willing to make that commitment,” said Richard Manolis from Kelso, Washington. The U.S Army veteran shared that this will be his son, Lee’s, first deployment. His son also volunteered to go, leaving his wife of a couple of months and transferring from Portland to Ashland to be a part of the mission.

“It’s also very emotional to see your son is going to go away from you for a year,” said Manolis.

“Worried but proud,” said Edward Brennan from Keno. His son Dylan Yarbro will be on his first deployment. “Very proud of him. I’m sure. I know he’ll be ok.”

With tears and hugs, these final hours are meant to be cherished.

“There’s been people before me that have made the ultimate sacrifice and a lot of it’s about giving back to our veterans and I just want to return the favor,” said Dylan Yarbro.

From mothers and fathers, sons and daughters, brothers and sisters – this ceremony is meant for them.

“I just hope the best for him,” said Manolis. His son thanks him for those caring words.

The task force will deploy Monday morning to Camp Lemonnier in Djibouti to support operations in the Horn of Africa and the Persian Gulf.

During these 10 months, NBC5 will be following several families as they go through the process of this deployment. Stay with NBC5 News as we introduce you to these families.