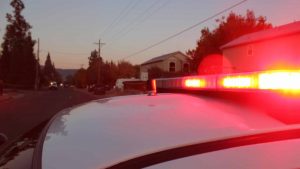 From October 27 through October 31, JSCO will be conduction saturation patrols looking for people driving under the influence of intoxicants. Halloween night, the sheriff’s office will be partnering with the Ashland Police Department for their large annual celebration.

On other nights–particularly the weekend when Halloween parties are expected–deputies will be focused on rural and back roads throughout the county.

JSCO reminds the public to watch out for kids trick-or-treating, as they’ll be out in neighborhoods in greater numbers and later than usual. Party goers should plan ahead so they can get home safely.

“Impaired driving can have fatal consequences,” JCSO wrote. “If you suspect an impaired driver on the road, contact law enforcement immediately. You could save a life.”